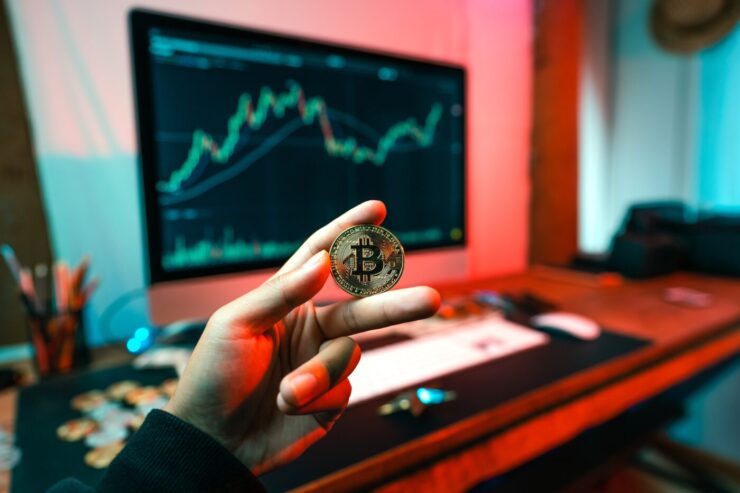 Trezor is one of the prominent device models in the cryptocurrency sector since it provides safe hardware wallets, supports numerous crypto coins, and has exchanges built in. Trezor, a product of SatoshiLabs, was introduced in 2013 and had its main office in Prague, Czech Republic.

The company behind the wallet creation technique BIP39 and pooled Bitcoin mining, SatoshiLabs, created Trezor. The Trezor One, the company’s foremost model, was released in 2014. However, this Trezor’s first hardware wallet was prototyped in 2012. In 2019, the more expensive and latest Model T was unveiled.

Your private keys are actually what is kept on this hardware wallet. The public key, which is the address of the wallet, will be made using the private key. Your crypto coins are delivered to and received at that address. As you retain the private key that fits the public key of your wallet, anyone can confirm that address is yours without knowing who you are.

A sophisticated hardware wallet for cryptocurrencies is the Trezor Model T. It functions differently from any Ledger as you can utilize all coin wallets simultaneously due to the lack of no app limit. Therefore, storage for the supported cryptocurrencies is limitless in Trezor Model. It is because the private keys are the only thing saved in the device.

With the help of this hardware wallet, protecting your digital valuables has gotten easier. With this device, it is possible to take control of your data by securing your passwords, digital keys, and coins from theft and hacking. For more information about Trezor T vs Trezor One hardware wallets, you can check on this website.

Every crypto coin that the Trezor One supports is supported by the Trezor Model T, as well as additional coins that are solely supported by this model. For these devices, SatoshiLabs and various wallet designers are constantly adding support for new cryptocurrencies.

What Features You Should Know About Trezor Model T?

Here are some of the primary features of the Trezor Model T hardware wallet that you should be aware of.

The device is reasonably lightweight and slides into your pocket with ease. This device features a MicroSD card slot, which will eventually permit you to keep encrypted storage. You should remember that neither the recovery seed nor any private keys generated from it will be stored on the card.

A USB-C connector can be utilized to connect the gadget to any laptop or PC. Additionally, the USB port of the device features a seal so you can tell if the device has been tampered with or not. It may indicate that somebody tampered with the wallet if the sticker on the port does not appear to be entirely intact.

The developers contributed to the development of the industry standards for recovery seeds (BIP44, BIP39, BIP32, SLIP39), which makes it simple to restore the complete wallet when you misplace the wallet by utilizing a 12-word recovery seed phrase. For considerably more protection, the Trezor Model T is the foremost hardware wallet to use Shamir Backup (SLIP39).

It only takes a few steps to complete the installation process. Install the Trezor bridge after downloading it, and then update the Trezor’s firmware. The portion where you get a 12-word seed phrase is omitted by the company. Now you can utilize your device right away without having to record the seed phrase beforehand.

The Model T is quite similar to the Trezor One in terms of interaction. The primary distinction is the addition of a simple-to-use touchscreen in place of the previous system’s two buttons. The biggest advantage is that you no longer need to use your computer to perform specific tasks, including forming a PIN number or restoring your wallet. In order to prevent hackers or anyone watching your keystrokes from figuring out which digits you are touching, the device randomly blends the keypad.

Presently, Trezor T is compatible with several top-end operating systems like Windows, Linux, and MacOS. Android is accepted for use on smartphone devices. It is necessary to note that Windows Phone and iOS are not supported as of now. Official support for ChromeOS is not yet available, but it will work through WebUSB of Google.

ERC20 Tokens are natively supported by Trezor Model T. It implies that you can send and obtain ERC20 Tokens utilizing the Trezor online wallet interface rather than third-party platforms, which makes everything simple and quick.

A hardware wallet with a touchscreen that enables offline cryptocurrency storage is Trezor T. This device protects your private key against hackers, in contrast to the majority of online wallets. The touchscreen is an excellent addition, despite its greater price.