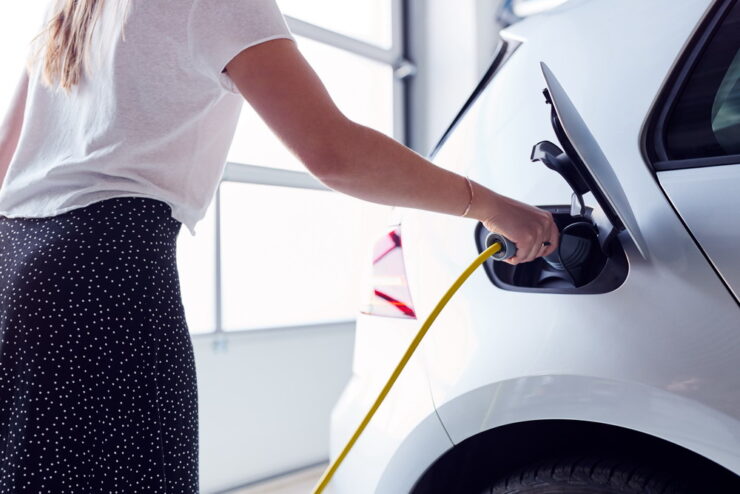 Used car prices were up an astonishing 31% at the close of 2023. Experts blame the ongoing COVID crisis, supply chain issues, and increasing demand for the high prices. They also say the demand for electric vehicles (EVs) will only get stronger in future years. But how will use EVs fare a decade from now?

EVs are a bit different. A well-cared-for electric motor should be as easy to keep running as an internal combustion engine. It is the batteries that cause problems. Ten-year-old batteries are a substantial risk even with today’s modern technology.

The batteries that power modern EVs are lithium-ion batteries. As things currently stand, there doesn’t seem to be another technology prepared to overtake lithium-ion in the near future. So let us say you buy a brand-new Tesla Model 3 in 2023. You can expect an eight-year warranty on the battery pack. That warranty will guarantee at least 70% capacity retention during the warranty term.

Why only 70%? Because batteries degrade over time. Even batteries that are never used lose capacity with age. That is why rechargeable batteries eventually cannot hold a charge any longer. The combination of natural degradation and continuous charge-discharge cycles wears them out.

Tesla’s warranty is only good for eight years. And even at that, they only guarantee 70% capacity retention. What happens in the ninth year? How far will capacity fall in years nine and ten? If a brand-new Model 3 offers a range of approximately 350 miles, how far will you get when the battery pack is 10 years old?

It is probably true that people buy cars based mainly on what they see. But when it comes to used cars, their value is determined by more than cosmetics. Organizations like Kelley Blue Book and Edmunds value cars based on mileage, physical condition, fuel mileage, and expected performance.

You can purchase a brand-new car with an internal combustion engine, then turn around and sell it to Car Fast Cash, a Southern California company that pays cash for cars in San Bernardino, Los Angeles, Kern, and other counties. They would offer a price based on a standard valuation tool – like Kelley Blue Book.

Assuming you took good care of the car, it would retain its value and you would get a fair offer from Car Fast Cash. But now, assume you bought a Tesla Model 3 instead. You would still get a fair offer for it, but that offer would reflect a lower value based on the age of the battery pack and the number of miles it has on it.

What is important to note is that an EV will lose value faster than a gasoline-powered car due to battery degradation. If both types of cars are cared for equally well, the EV will still be less valuable over time, even with fewer miles.

Another thing to consider is trade-in value. This is something people have to think about before investing in EVs. If they cannot get enough money selling their EVs on the private market, will they rely on trade-ins to get what they want out of their cars? And if so, will dealers be any more willing to pay a higher price?

This could end up being the EV owner’s saving grace. It could be that 10 years from now, dealers will pay top dollar for used EVs as long as mechanics and electric motors are in good shape. They can always replace the batteries themselves at wholesale, where a private buyer would have to pay retail.

Replacing batteries would certainly cut down on the dealer’s margin. Still, accepting EV trade-ins could ultimately prove profitable, nonetheless. It would all ride on whether they could get wholesale batteries cheaply enough. But that’s the wild card here. If carmakers continue to stick with proprietary batteries, cheap batteries probably won’t be the norm.

Current battery technology remains proprietary for the simple fact that automakers are competing to see who can come up with the best technology. Once that race has been decided, it could be that the winner will license its technology to generic battery manufacturers. In that case, we could have interchangeable batteries that cost less.

Getting to that point would make it possible for EVs to maintain a higher resale value over longer periods of time. An interchangeable, generic battery pack that could be swapped out by the owner would certainly alleviate the fears of purchasing a used EV and having to turn around and spend thousands on battery replacement.

There is one more thing that could disrupt the used EV market if it is not addressed in short order: the lack of EV charging infrastructure. Charging stations are popping up in new places, but there aren’t enough to support mass adoption. Furthermore, consumers want fast charging. They want to be able to charge EVs as quickly as they can fill gas tanks.

If the charging infrastructure problem is not addressed, the target audience for EVs will never grow beyond its current niche. We know that because, other than cost, the one thing preventing many Americans from switching to EVs is the charging issue.

EVs have a long road ahead of them before they completely replace gas-powered vehicles. In the interim, questions remain about their resale value. How will they fare a decade from now? If consumers are reluctant to buy new EVs today, will they be any more willing to buy used models in the future? Time will ultimately tell.