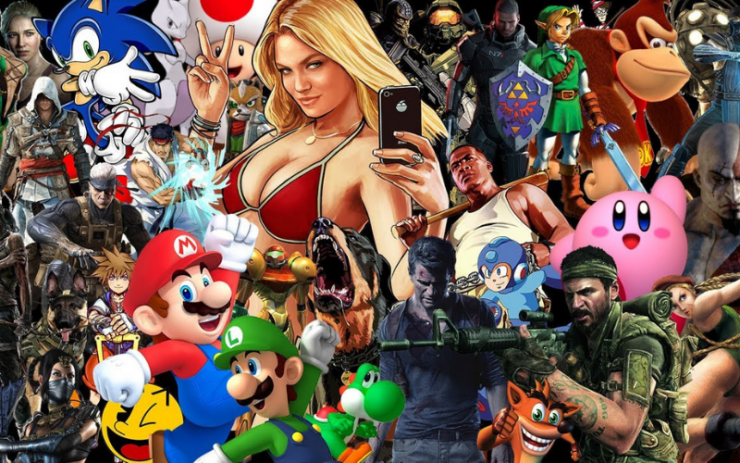 The gaming industry is huge – it reached a little over $180 billion in total revenues last year. From competitive multiplayer experiences such as League of Legends and World of Warcraft to story-driven titles like The Witcher and the Yakuza franchise: there’s something out there for everyone.

However, there are a couple of games that are so big, rarely any title can compare. We’ll list them all down below.

So, without any further ado, let’s get right to the bottom of it!

Perhaps the world’s most recognizable video game character, Mario is also the main protagonist of the highest-grossing video game franchise ever made. Together with Mario Kart, the Super Mario series has reached more than $500 million in sales since the game has first appeared in the ’80s. Today, there are so many different Mario games you can try, all of which are incredibly fun in their own unique ways.

If you’re into first-person shooters, you’ve probably played at least one installment of COD before. The game is insanely popular, and it doesn’t seem to be going anywhere either. The first installment launched all the way back in 2003, and it’s been breaking records ever since.

GTA games are one of the most popular open-world action games ever created, and there are many good reasons behind that fact. The games are insanely fun, having hours of playable content and in-game features you can enjoy.

The most recent installment has grossed over 150 million in sales already, making it the most successful of them all.

One of the most popular life-simulator games ever made, The Sims has a lot going on for it: a passionate community, interesting extensions, and thousands of different in-game features you’ll absolutely love! The first game was launched in 2000, and the entire franchise has sold over 200 million copies since.

World of Warcraft is not the only game in the Warcraft franchise, but it’s certainly the most popular one to date. The game is notorious for its elaborate grinding system, which is so challenging that some people are even willing to buy WoW boosts to advance their characters.

Yup, it’s on the list, and there are about 500 million reasons for it. The puzzle game is almost as old as gaming itself, and it’s still one of the most popular games ever to be made. Everyone has played it at least once they were kids, and many continue to do so on their mobile phones today.

The pokemon franchise owns its high revenues to the merchandise sales – there’s no secret in that. However, this doesn’t mean they’re not worthy of this list – the games have been bought over a 50million times.

Final Fantasy has 15 games in total, all of which have been selling pretty well. The franchise is widely successful, selling over a 160million copies worldwide. It’s certainly worth the try if you enjoy science fiction and anime-like visuals.